The 3-Legged Financial Education Stool: What It Is and Why It’s a MAJOR Problem for Most People! 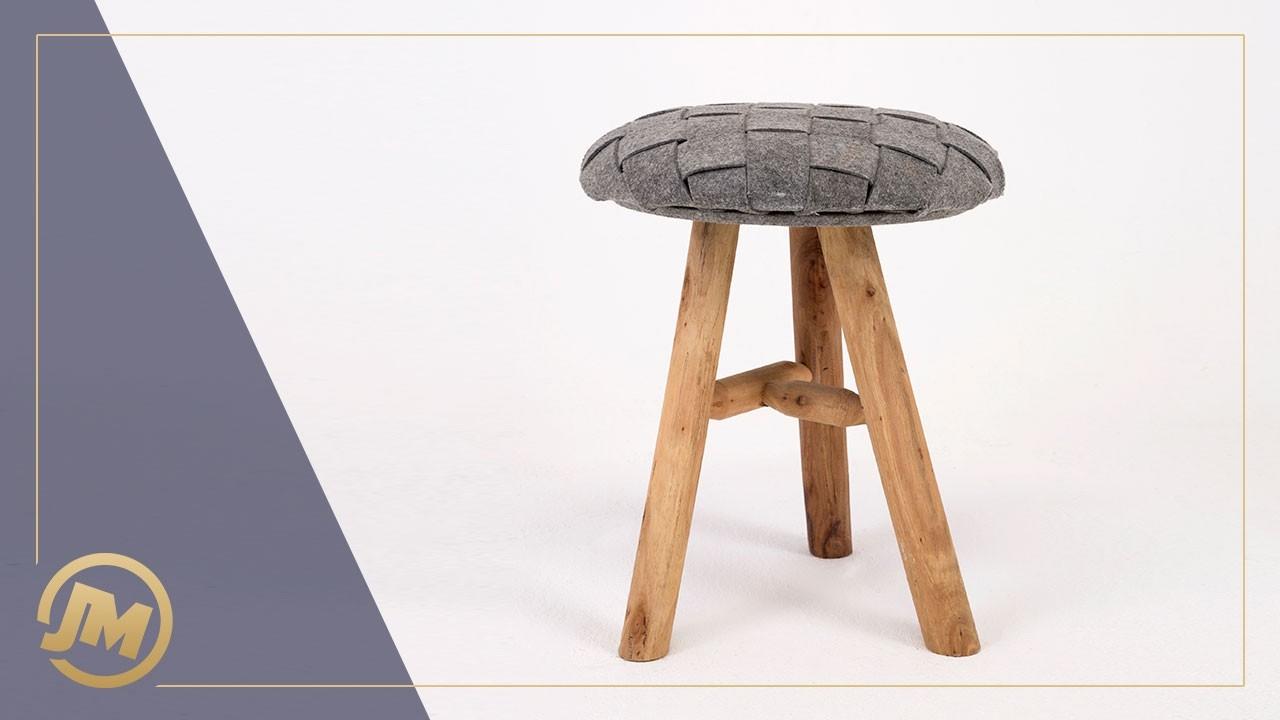 How can a 3-legged stool help us with our financial education? This analogy will work quite well with a chair having four legs just as it works with a three-legged stool. But let’s stick with the stool, shall we?

Imagine walking into a bar, a long, grueling, frustrating day clinging to your shoulders. The tension is high and you long for a nice, relaxing massage.

In the meantime, you plan on kicking back a couple of drinks, clearing your thoughts, and perhaps chatting it up with some friends or watching a game on the TV that’s optimally positioned over the bar.

You order a drink, draw out the stool, and prop yourself up on it. Perhaps your briefcase, backpack, pocketbook, or other bag gets positioned by your feet. You sit down on the nice, plush cushion and begin sipping your liqueur.

Perhaps conversation ensues around you. Perhaps not. You feel the tension beginning to drift away, even just a little bit.

The day doesn’t seem so bad now. At least, for a moment.

In time, you have to use the facilities. You get up, grab your bag or briefcase, head to the restroom, and take care of business. Before you leave, you order another round. Maybe a friend has arrived and you’re going to share a drink with her.

Once done with nature’s call, you stroll on back, your shoulders no longer carrying the same weight, you feel more confident, energized, relaxed.

You drop the bag back to its original position, turn to sit down on that stool, and suddenly it flops out from underneath you. You topple over, crashing hard to the tile surface.

You bang your head, wrench your shoulder, and perhaps snap your elbow.

It’s no longer an enjoyable evening, is it? You’re angry. You look at the chair that’s on its side. Your friend and perhaps a few other people, after an initial moment of concern, begin laughing.

“I think you maybe had too much already,” your friend says in jest.

You’re embarrassed, upset and frustrated. You’re red in the face. As you begin to gain your footing beneath you, you take your anger out on this individual and anyone else who is unfortunate enough to be getting a little bit of a rise out of your stumble.

You might say things you’ll regret later, but in the moment all you can see is red. Fury. And pain.

You grab the stool and pull it up, jolting it onto its legs, but notice the problem. It no longer has three legs.

One of them has been yanked out.

Perhaps at this point you’ll look around the bar for the culprit. Your eyes turn to your mischievous friend and you glare.

She might look at you innocently enough. “What?” She asks.

You scold her for a lousy sense of humor. “You know you’ll have to pay for that, right?” You say.

She has no idea what you’re talking about. Neither does the bartender. In fact, not a single person visiting or working in this bar has any idea how that stool got “broken.”

No matter how it happened, you suffered the consequences. Practical joke, manufacturing defect, accident, or a simple mistake. It really doesn’t matter. You got a nice welt on your head, maybe a dislocated shoulder or a pulled ligament, and a nicely bruised bone along your elbow that could even be a fracture. You don’t know yet, but it sure stings!

In other words, even though it wasn’t your fault and even though you assumed everything was just fine and never thought twice about the stool you were about to sit on, you’ve been impacted.

Financial Education: This Is the 3-Legged Stool 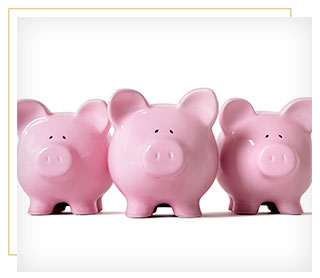 But like that simple trip to the restaurant or bar, just because you don’t give something two seconds’ worth of your time to look at and study to make sure it’s safe, assuming someone else is taking care of those issues, problems can hurt us directly.

It doesn’t have to be our fault.

In fact, most of the time when it comes to major financial issues affecting the country, we have no direct responsibility for them.

Indirect, sure, but not direct.

So, what is the 3-legged stool I’m talking about? It involves three key financial factors that directly impact a nation’s economy and physical health:

Currently in the United States we are facing a monumental crisis, yet very few are paying attention and fewer still sounding the alarm.

Let me be one of them who’s doing both.

While all three are being held up by weakening components and materials, if just one of them fails it will affect the other two immediately. 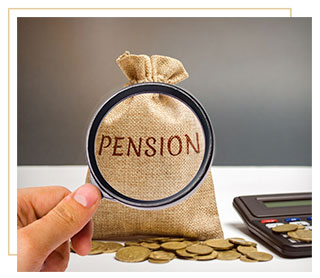 Let me give you the headlines to three major news outlets and their stories on the pension crisis building in the United States:

Quoting a report from The Pew Charitable Trusts, that article pointed out, “Many state retirement systems are on an unsustainable course.”

It doesn’t matter whether you work for a private company or government agency; the pension problem in the United States is only growing worse.

In places like Detroit and other cash-strapped cities across the country, political leaders are going to court for arbitration to help lower pension liabilities.

That is about to take place on a state-by-state level.

When people anticipate a certain amount of money for their retirement that suddenly gets cut by 40%, 60%, or even as much as 80%, what happens to their savings?

Suddenly, whatever money was saved is being consumed for basic living expenses. That second leg of the stool will kick out from underneath them.

Workers have been overpromised for generations. We’re not going to get into the reasons for this or make excuses or point blame, even though there are certain organizations and ideologies that are directly responsible for it, but rather highlight the serious issue facing this nation with regard to the pension system.

It is broken and long beyond time to do something about it. But few are bothering. They continue to over-promise for immediate reward and the entire system is growing like a bubble getting ready to burst. 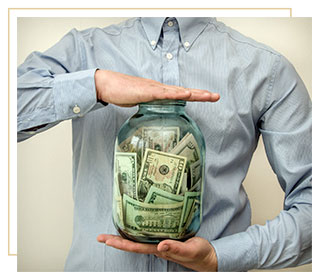 Next, we are talking about private savings that barely existing anymore. In fact, more than 46% of Americans would not be able to come up with $400 for an emergency expense (The Washington Post).

How does this affect the 3-legged stool? Think about it closely. People are spending their money hand over fist. In fact, 78% of full-time working American adults are living paycheck to paycheck (Forbes).

They’re counting on their pensions, their 401(k)s, and other retirement investments for the future.

Without savings, what are these people going to do when the pensions they counted on no longer pay out? What happens when the proverbial well runs dry?

Without savings, more and more weight is placed upon the other two legs of the stool. The private savings leg is brittle and ready to snap. 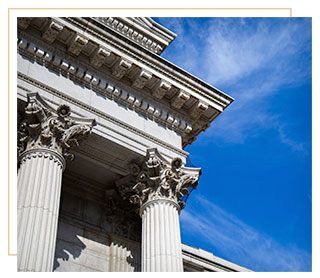 The third leg of the stool is the government trust funds that are designed to support Social Security.

Many people today called this an ‘entitlement’. It’s not an entitlement. It’s something that hard-working Americans have been paying into their entire working lives. It’s been hijacked and raided by politicians to give money to other groups, including those who didn’t pay into it or for purposes it wasn’t originally designed to provide for.

It’s money that was supposed to be set aside for workers after they reached retirement age. That used to be 65, but was increased to 67 because the fund was running low. In a few years it might be raised to 69 or 70 or 73 or 75.

No matter how high the ‘official’ retirement age is raised, the current trends point to an entire system running out of money within 15 years.

Now imagine all those Americans, possibly including you, who had been anticipating living off of some meager savings, but mostly their pension and Social Security suddenly discovering neither one of them is going to be there when they need it most.

This is the 3-legged stool. While you may be able to sit down on a three-legged stool that has one leg broken by balancing carefully, it’s not going to be comfortable.

In most cases people simply aren’t aware of the broken leg and topple over and get hurt.

When one of these legs in our economic system collapses, it’s going to crush the other two and more than just a few people are going to be hurt as a consequence.

Millions of people are suddenly going to find themselves unable to live the retirement life they planned on. Some may not be able to survive at all.

It’s not a question of if these things happen. Since our political leaders have refused to address the problem and correct it, it’s only a matter of when.

The best way for individual Americans to protect themselves is to shore up the legs they can control. That means recalculating what you may very well likely received from a pension in the future, not what you were promised, discount Social Security as a means to survive, develop ways in which to create multiple sources of income, and start saving and investing more wisely now.

Hoping that everything will work out is not a strategy. The time is now to start your financial transformation so you can protect yourself and your loved ones in the event of your 3 legged stool collapses. The only way to do this is to challenge your existing beliefs that may have led you down a dangerous path. It requires a mindset shift in order to escape your financial behaviors that have exposed you to a financial travesty.

Look, it’s not about working harder, or sacrificing or even hustling to get to where you want to be.  It’s a change in your mindset.

I think it’s very important for you to realize, that you are currently a shell of your FUTURE potential self. From what I’ve seen over the years, most people are a mere reflection of what they could be and deserve to be.  And the old methods won’t get you where you want to be.

And the greatest power a person possesses is the power to choose.  And once you decide in fact you’re ready to transform, your destiny is not matter of chance.  It’s a matter of choice.