How To Profit From The Looming Fed Pivot 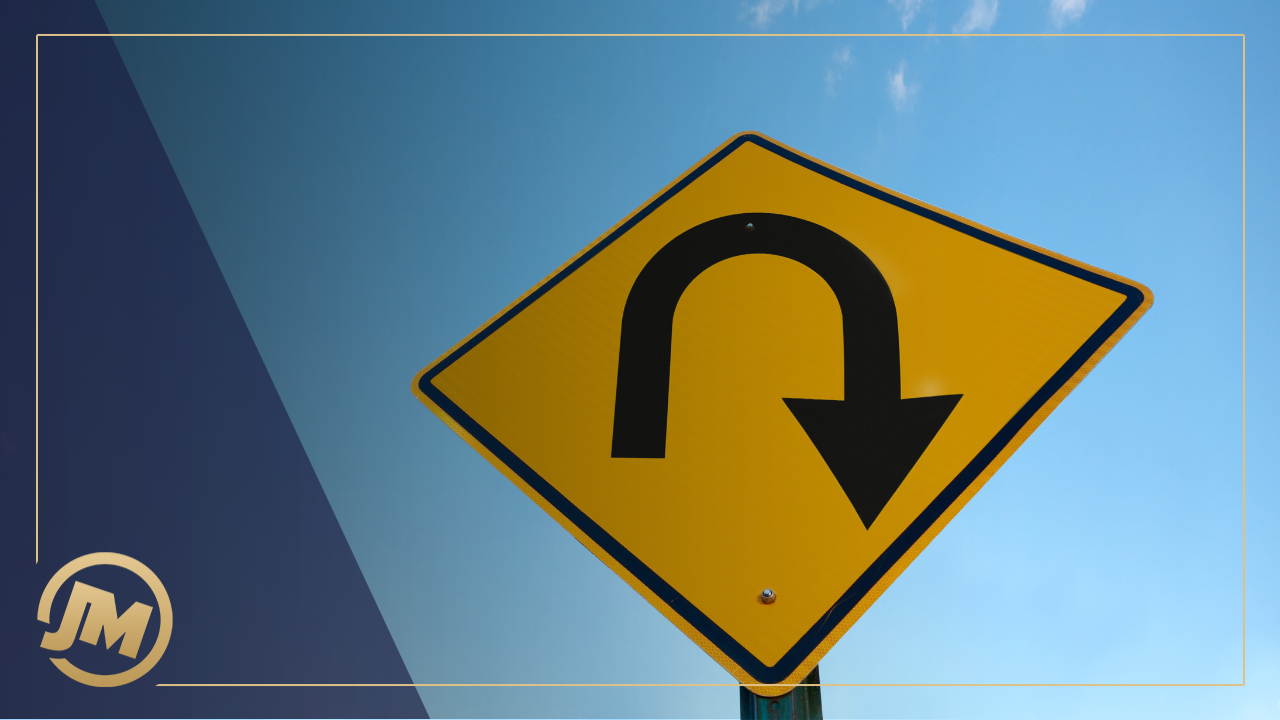 "What you ARE aware of, you can control. What you are NOT aware of will always control you.” -Anthony de Mello

Would it be reasonable to assume you could grab a few Band Aids and save a person who’d been run over by a train? No. Not even close. Yet, that’s pretty much what the Federal Reserve is trying to do with our economy right now.

What we’re seeing today is unprecedented in terms of worldwide financial instability. The world faces the possibility of an economic collapse that could destabilize the lives of millions of people. And it’s been brought on by years of abuse, deception, and willful disregard for anything remotely resembling common sense or care and concern for the average citizen.

It’s been political theater and it started 15 years ago with Quantitative Easing. (I’ll get to that.) What I want you to realize first, though, is that despite how big a total mess our government has made things, when you’re smart and avoid the stampede of lemmings rushing ahead (without being able to see a thing), or what the Fed or media or politicians are saying, you can make great, sound financial choices that’ll lead you to greener pastures while everyone else is hurtling off a cliff.

There are ways to make money, even when everything falls apart, and that’s what this article is about. It’s about understanding what’s happening today, looking to the future, and taking action to profit through it. Robert Kiyosaki refers to it, as “looking at the ‘macro’ picture.”  I’m going to focus on the United States, though, because what happens here will have a cascading effect everywhere.

Right now, the U.S. is drowning in debt to the tune of over $31.2 trillion … and counting fast. The Gross Domestic Product “GDP” which is a measure of the total market value of all finished goods and services in the U.S. is expected to hit $24 trillion. This puts our debt to GDP ratio at 130%. Take a moment and type into your browser, usdebtclock.org, to see our national debt in real time and how fast it’s growing.  It’s mind blowing. You can scroll around to see some of the other numbers as well, including unfunded liabilities, federal spending, and personal debt, among others.

If you’re outside the U.S. and you want to see your country’s debt, go to the top left of the page and click, World Debt Clock. It’s simply astounding.

All of this is unsustainable. Sure, people have been talking about our national debt for years, but the moment it passed GDP is the moment the clock really started ticking toward destruction. This debt balloon cannot continue to expand without a massive explosion in the near future. Don’t believe me? Just look at other major ‘balloons’ in the past, like the dot-com bubble. Or the housing bubble.

Every time there’s a ballooning level of debt or unsustained monetary growth in the markets, real estate, or government (meaning, there’s nothing of any real value holding these bubbles up) that bubble eventually bursts. It’d be nice if it would seep out slowly, but that’s never happened. It won’t this time, either.

I know some of you might be wondering why the debt is really a big deal. Most people I speak with simply shrug their shoulders and say, “so what”? Those are the exact same people who will get crushed when this levee breaks.

As interest rates rise, so do the interest payments required to service that debt. Consider this, the U.S. generates about $4.6 trillion in tax revenue annually. Of that, the US spends $1.3 trillion on Social Security, approximately $1.2 trillion on Defense, $1.6 trillion on Healthcare and $500 billion on Welfare. Add those expenditures together and you arrive at $4.6 trillion. Yet, there are other expenditures I didn’t mention, like education,  transportation, general government expenses, and a category called “other”.  Add those additional items, and you get  $5.8 trillion in expenditures.  This equates to $1.2 trillion more than we bring in.  Where does that extra $1.2 trillion come from? Yes, that’s right, more borrowing.

Here’s where it gets scary.  In fiscal year 2021, when interest rates were close to zero percent, the interest payment on our national debt was $378 billion. Now, with the 10-year treasury rate at over four percent, interest payments on our $31.2 trillion in debt will be over $1.3 trillion. Add that to our $5.8 trillion in expenses and you’re at over $7 trillion in spending. Remember, the US government brings in only $4.6 trillion.

The increase in interest payments wouldn’t happen immediately because a lot of debt is still locked in at lower rates. But as bonds mature, they would have to be replaced and refinanced with new bonds at our new higher interest rates. As interest rates continue to rise and our debt continues to soar, this will put even more pressure on the entire economic system.

Rising interest rates will weaken the economy and that will increase the debt because they will have to borrow more to keep the economy functioning.  So, all that new debt will have to be financed at higher interest rates.  Yeah, it’s bad and it’s only getting worse. The current sentiment among many, including me, is that our national debt will hit $35 trillion in 2023/'24.  If interest rates hit six or even eight percent, which is likely, the annual interest payments alone needed to service our national debt would exceed most, if not all, of our 4.6 trillion in revenue we take in. It would be the biggest expense we as a country have.  It’s no different than someone carrying massive credit card debt and the interest payment alone far exceeded their entire income.

Once we pay the interest, there will be nothing left for anything else, and we’ll have to borrow even more at higher interest rates, and the pattern becomes exponentially worse. Want a sobering stat? Economic expert and financial commentator Peter Schiff tweeted out, “At the rate the National Debt and interest rates are rising, before the decade ends interest on the National Debt will exceed 100% of federal tax revenue. The entire Federal Government would then consist of the Treasury Department, which would just collect taxes and pay interest.”

Perhaps this is why the Democrats shoved legislation through to fund and hire 87,000 new IRS agents. Their plan is to pillage American bank accounts and shake us down for even more of our hard earned money. Don’t think it could happen? Ask anyone in Greece from about a decade ago. Yes, it’s happened before and it could happen here. After all, when you have the military, you control everything.

Because of all this, I believe Jerome Powell, the Chairman of the US Federal Reserve, is going to pivot on his hawkish stance on taming inflation. I call it, “The Powell Pivot.” Inflation has been brutal this year. Powell and the Fed raised interest rates in an effort to slow inflation. By curbing demand through higher interest, their goal was to slow inflation.

Hasn’t worked too well, has it? Well, now they’ve got other problems, like this national debt, among other factors. The Powell pivot won’t be a policy change per se, but the message he’ll send to the markets is that the Fed will no longer be aggressive in tightening. His messaging will tell the markets they aren’t going to continue to squeeze the economy to hold down inflation. In the end, it will be inflation be damned in order to shore up asset prices.  In the UK, the head of the Bank of England folded like a cheap suit when he said they were scrapping their interest rate hikes and returning to printing money -I mean, ‘Quantitative Easing.’ Why would they do that? To shore up and bail-out the pension funds, which were getting hammered by investments souring. Fast. 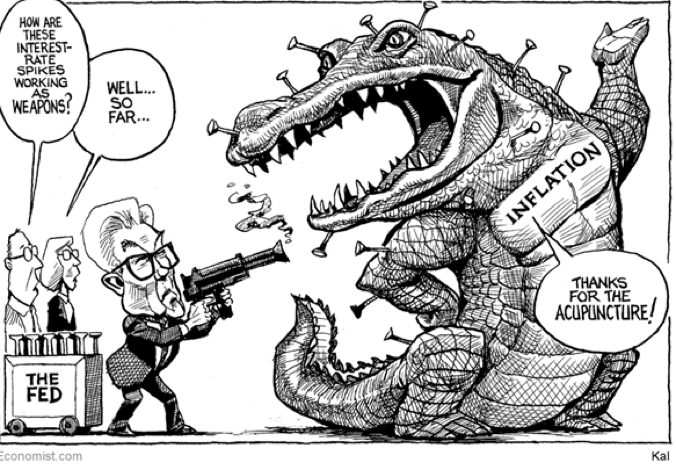 My friends, it’s all political. These people -Powell, the Fed, the Bank of England, etc.- they work politically. They’re hired at the pleasure of our political leaders. They want to keep their job and not be responsible for a deep recession or possibly a depression.  In the end, their job is to make the President look good – or not as bad as he is. But they played fast and loose with our economy for too long and now there are no good choices. Not one. Every decision they make will cause pain for all of us.

So, how do you make the most of this? Where will I put my money? Given that I’m certain the Fed will pivot and be less concerned with inflation, thus slowing interest rate hikes, it will drop the value of the US dollar, too. When that happens, gold and silver will rise in value.

Since gold is dollar-denominated, the price of gold is generally inversely related to the value of the U.S. dollar. Given my outlook for a weaker U.S. dollar, this will likely drive gold higher because more gold can be purchased when the dollar is weaker.

Secondly, you cannot ignore the heightening geopolitical tensions happening all around the world, with Russia and Ukraine, North Korea, China, Iran, and so on, gold and silver is the place to be.

Second, I like the oil sector. I know, I know… not the politically ‘correct’ thing to say these days, but when your money’s on the line, you go where it can perform best. For me, that’s oil. The more Biden and Democrats keep hammering the oil industry, the more low supply we’ll see and that’s going to raise prices. Don’t forget, China’s population has been locked down for three years, and once they finally get free to move around, their oil demands will soar again. Plus, Warren Buffett just acquired a 20% stake in Occidental Petroleum, a stock I own as well.

Finally, I use a simple stock option strategy that consistently generates thousands of dollars per month. Options are an effective way to generate cashflow on a regular basis, whether weekly or monthly. You can also capture capital gains. It allows you to leverage stocks in your portfolio. Lowers your overall risk and hedges your portfolio against market losses, which will continue. Yes, more market losses are coming.

If you want to not only survive, but thrive, in this coming economic storm, these tips will help you navigate the stormy waters that are about to strike us all, harder than we’ve felt yet.